Back to all posts

In Memory of John Prine 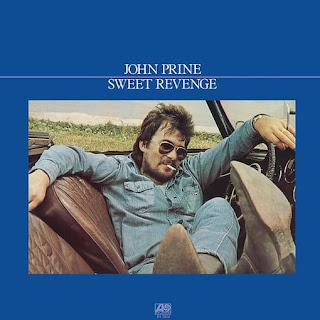 Last April a friend texted me the news that John Prine was dead. The Chicago area weather dawned gray, overcast, chilly morning. It has amused me in the past, at the grief expressed by members of the public, at a celebrity’s death. But this felt personal. I considered him a hero. He who grew up a few miles away. I bought every album, saw him live several times, and became frustrated at his lack of new material. He was admired by his peers who seemed more popular than ever. The Covid pandemic had brought the country to a standstill, I was frustrated by the new reality of working via Zoom, and outside the chilly winds of winter lingered, and John Prine was dead.

Christmas, 1973, and I got what I had asked for - the new John Prine album, Sweet Revenge. My sister bought it for me, but not before she let me know how difficult it was to find. “Why couldn’t you have asked for the new Paul Simon album?” Why? Because everyone listens to Paul Simon. I wanted a John Prine record. I grew up on Chicago’s South side reading about the local folkies and singer/songwriters in the pages of the Sun-Times. Steve Goodman, Fred and Ed Holstein, Jim Post, and Bonnie Koloc were rising stars on the local scene. Then along came Prine.

I waited until everyone was in bed that Christmas night and huddled on the floor against the stereo console in our living room. I turned the balance all the way to one channel and listened to Sweet Revenge. And I listened and listened. While others my age were listening to Led Zeppelin, I set out to wear out the grooves of  Sweet Revenge. A Good Time was my favorite. There were so many..."Mexican Home," “Christmas in Prison,” “Please Don’t Bury Me.” I soon got hold of his first two records. I would play “Hello in There” just to hear those opening finger-picked chords.

It’s been several months since his passing. Months filled with violence in the streets, leaders who have failed us, and the growing acceptance that our daily life will never quite be the same. More than ever, the world could use a little John Prine.